Why homelessness is a women’s issue to end

Why the push must continue to help reduce the risk of homelessness in older Australian women.

Homelessness is very much a women’s issue and it’s been back in news again, after council officers in Melbourne were given more power to remove rough sleepers in makeshift accommodation from the streets.

Women currently account for around 44 per cent of homeless Australians, but the figure can never be a true reflection of the number, as couch surfing mums and their kids can go unaccounted for.

Research also shows that single elderly women are more likely to live in poverty or become homeless, as they struggle to find work or are not financially independent enough to afford their own accomodation.

Domestic violence is a huge catalyst for women seeking homelessness services, and tackling domestic family violence is key to alleviating the need for crisis accommodation.

In the 2014–15 financial year, 36 per cent of all people seeking assistance from homelessness services were prompted to do so by domestic or family violence, and 64 per cent of this group was women aged 15 years and older, according to the Australian Institute of Health and Welfare.

There are of course a myriad of pathways to homelessness, and it is never a choice.

Illness, loss of paid employment, relationship breakdown and housing affordability mean we’re all one turn of bad luck away from losing our homes.

For women, this problem is compounded by a financial disadvantage that is alarming.

The gender pay gap sits at around 16 per cent, varying across industries.

When you then take into account career gaps due to primary care of children and a slightly less overall participation rate in the workforce (46 per cent of women to 54 per cent of men), women end up with approximately half the amount of superannuation as men.

This means the risk of homelessness for older women must not be overlooked.

According to Industry Super Australia, approximately 40 per cent of retired women in Australia live below the poverty line.

Housing affordability is a key factor, with high rents forcing families from their homes, and limited social housing stock.

If you can’t afford rent, it is unlikely you will have any additional funds for saving for the future, again further disadvantaging vulnerable women.

Former New South Wales premier Mike Baird’s Social Housing Initiative of early 2016 was a step in the right direction for New South Wales, with the planned provision or replacement of over 20,000 social or affordable homes.

At a federal level, in December, the government extended a $117.2 million contribution to the homelessness sector by a year, but Homelessness Australia says a long term plan is still needed.

This week the future of the National Affordable Housing Agreement appears to be under threat, which would put federal grants to homelessness services in jeopardy and add pressure to already strained providers.

Access to a stable refuge to escape from the cycle of domestic violence, addressing the gender pay gap, affordable childcare and housing, and education in financial management and superannuation are fundamental in alleviating the risk of homelessness for women.

It is vital that federal funding is available and that service providers are engaged at every level to appropriately meet the needs of vulnerable Australians. 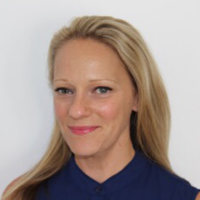 Amelia Kirby is a writer and social commentator navigating her way out of an 18-year career in technology into the world of journalism. She is an accomplished relationship manager and communicator. Amelia is passionate about diversity and equal opportunity, and about women taking ownership of their financial and career choices. Her extensive experience working in the not for profit sector informs Amelia’s opinions on money matters, society and politics and she seeks to encourage women to make ethically informed decisions on their pathways through life.