How to avoid a funeral debt legacy

Women are less likely to leave a funeral debt legacy, but that doesn't mean it doesn't happen. Here's how to avoid it.

Too many Australian women could be leaving their families in funeral debt.

It’s not something that many people want to think about but unfortunately, death, just like taxes, are a fact of life.

It’s estimated that 58 per cent of women haven’t put aside any money to pay for their funeral, according to research by finder.com.au.

But when you compare these figures to men, women are actually doing pretty well.

Men are even less likely to pay for their funeral costs.

In fact, 62 per cent of men have said that they’re not planning on funding their funeral at all before they die.

This is more than the national average of 60 per cent.

This nonchalance could be because men on average have more savings than women, with 48 per cent of men reporting that they have over $5,000 saved up in case of an emergency, compared to 35 per cent of women.

The research on the whole suggests a national lack of concern about funeral costs.

Only 30 per cent of Australians are planning on paying for their funeral in some way before they die, making use of options such as life insurance, funeral insurance or a prepaid funeral plan.

10 per cent of Australians cited their own plans for sorting out their funeral, with suggestions including not dying and donating their bodies to science.

It’s not uncommon for funeral services to cost over $10,000, especially when you factor in traditional or decorative additions such as a limousine, a celebrant and flower arrangements.

In fact, most funeral packages provide opt-ins that can quickly increase the price.

And even the most basic packages can be fairly expensive.

The average ceremony in Perth, Australia’s most expensive city for funerals, is over $7,700. Canberra on the other hand has services at around $6,100 on average – less than Perth, but still pricey.

If you are worried about the cost of your funeral, there are a few things you can consider now.

Firstly, a funeral insurance policy could provide you with the cover you need to fund your service later on.

It’s recommended that you take out a policy with a capped limit so that you don’t pay any more than you actually would for your funeral.

Also, not everyone is eligible for reimbursement over the age of 70.

A more logical option is a prepaid funeral plan.

These packages allow you to pay for a funeral at a fixed price from the time you take out your plan, even if your funeral isn’t for a number of years.

There also aren’t any health checks in place for pre-existing conditions, so you’ll be able to take out a plan regardless of any health problems.

Taking all of this into consideration, these findings show an interesting trend in Australia’s approach to funerals.

And despite the fact that a lot of people aren’t interested in thinking about it at this point, how you will fund your funeral is an important discussion that everyone should have with their families. 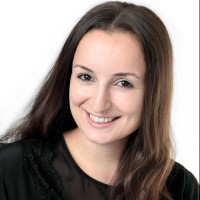 It's now not never for retirement planning
Previous