Spring fever is hot for property

While temperatures around the country are climbing, the housing market is continuing its slow cool.

It’s spring fever, the mercury is rising and the beaches are getting busy.

Yes, spring is definitely with us!

But while temperatures around the country are climbing, the housing market is continuing its slow cool.

The fourth weekend in September was a huge weekend for house sales around the country, marking the start of the busy season in the lead-up to Christmas.

However, this year the results were significantly down on last year; Sydney’s clearance rate of 70 per cent was over ten percentage points lower than the same weekend 12 months ago.

Overall, the market is hovering at its lowest level for two years.

Restrictions on investment lending are having a marked effect, and nearly all states are recording drops in the number of loans to investors.

The frenzy has left the market as clearance rates have dropped.

Buyers are willing to let properties pass in, expecting to be able to negotiate and strike a better deal.

While sellers have become more responsive to sensible pre-auction offers.

If you’re in the market for a mid-priced family home, it’s a great time to put in an early offer, or take your time at auction without the pressure of missing out.

It’s also a good time to be a first-home buyer in New South Wales. Back in July, the stamp duty exemption level was raised to $650,000.

This, coupled with softer prices, is helping more young people get onto the property ladder.

And as the summer hots up, it looks likely the market will continue to cool.

Three of the big four banks – ANZ, NAB, CBA – have all forecast that the Reserve Bank will increase the cash rate slightly to around 2 per cent by the end of next year.

This will take even more speculators out of the market. 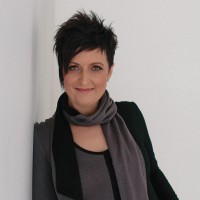 Use paying tax to your advantage
Next