The recipe for success in business can be allusive but here's what we think women need to consider before taking the plunge into the entrepreneurial world.

Women startups. It’s arguably the “in” thing as more of us launch into businesses at a faster rate than ever before, and many are even leaving cushy and corporate positions to do it.

According to The NSW Department of Industry in 2014, one in four businesses were started by women, compared to one in six in 2011, while over the past 20 years there has been a 46 per cent increase in the number of women operating a business.

These facts are in line with research by the Australian Bureau of Statistics (ABS) in 2015, which also notes that despite the growth, women still remain under represented in Australian business.

The start-up community is vocal and vibrant across the world. And from the perspective of the corporate woman looking to go out and start a business, it might look easy. But it isn’t.

One of the biggest failings of start-ups is assuming their talent or idea by itself will get them through. It won’t.

Social media also adds to this false sense of security. But a ‘like’ on Facebook or another Twitter follower doesn’t necessarily mean you’ll get business or any traction on those followers.

So what does a woman need before going out on her own?

The most powerful thing you can have as you leave the corporate world and start-up on your own is a strong and reliable network.

When I say strong, I am talking about a network that exists based on credibility and consistent relationship building over time. It can take up to five years to build a credible following that gives you string consistent returns.

If you’re looking to start a business then you need to do the following ASAP:

An idea or a few friends liking what you do won’t pay the bills.

Make sure you are thoroughly prepared well before taking the leap. 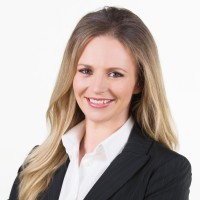 Founder and CEO of The Business Woman Media Amanda Rose is also the only 'strategic connector’ in Australia with a passion about helping women who are serious about success.

How much money will your dreams cost?
Previous

Mistakes to avoid when selling property yourself
Next