If you've had to access your super early to cope with the impacts of COVID-19, here are three strategies to help your retirement savings recover.

There’s been a lot of commentary in the media about the impact an early superannuation withdrawal can have on a woman’s retirement savings.

For many people, this money has been accessed out of desperate financial necessity and it has allowed them to pay essential bills, health costs and meet debt repayments, not to mention put food on the table.

At the same time, if the average woman were to withdraw up to $20,000 out of her $45,000 super savings (yes that’s the average balance according to the Financy Women’s Index!) as part of the government’s COVID-19 early access initiative, then it’s possible she would be depleting nearly half of her superannuation.

If you have accessed your super, here are some practical actions that can help you boost your balance once your financial situation allows for it.

You can elect to have a portion of your pay sent to your super account instead of your bank account via salary sacrificing. This means that the money will be from your pre-tax income that your employer hasn’t yet withheld any income tax on.

Instead of being taxed at your standard income tax rate, it’ll be taxed at the super rate of 15%. Depending on your income tax rate, this means you could pay less tax on that money by diverting it to your super instead of your bank account. However if you earn less than $18,200, salary sacrificing won’t be as tax effective as you won’t be paying income tax anyway.

It doesn’t need to be much; analysis from QSuper shows that you can recover a $10,000 super withdrawal by salary sacrificing as little as $10 a week.

If you’re not currently working, or you’re doing reduced hours, your partner might be eligible to contribute some of their superannuation into your fund instead of their own. This is a good way to ensure that you’re still growing your super even while you might not be in paid employment.

There are also tax benefits to contributing some of their super to your fund. If you earn less than $37,000, your partner can claim a tax offset of up to $540 if they contribute at least $3,000 into your super.

Contribution splitting could be a good way to give your super a little boost if you’ve made a withdrawal, but your spouse hasn’t. The ATO considers a spouse to be someone you’re married to or are in a genuine de facto relationship with.

One of the easiest ways to give your future retirement savings a boost is by making sure you’re in a low-fee, high-performing fund early on in life and that you’ve just got the one fund. Millions of Australians have more than one super account, and many don’t even realise they do. If you’ve worked at multiple different casual jobs, there’s a change you could have more than one super fund.

If you’ve got multiple funds, you’ll be unnecessarily paying multiple sets of fees. All you need to do is go online to your myGov account to see what superannuation funds you have. If you’ve got more than one, you should consolidate them.

Even if you’ve just got the one fund, it’s worth comparing it against other super funds to make sure it offers competitive fees and performance. Switching from a high-fee fund to a low-fee fund takes 30 minutes to do online, but it could mean you retire with tens of thousands more.

Alison Banney is the banking and investments editor at Finder. 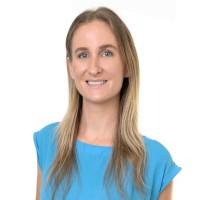 Alison is senior writer at finder.com.au covering all things personal finance, banking and investment. She believes that when it comes to finances women often draw the short straw, battling social and workplace barriers, the gender pay gap and lower superannuation balances. In light of these obstacles, she is passionate about empowering women to take control of their finances now to build a strong financial future.

What to do when your payment holiday is over
Previous